Experts gather in Tunis for an exchange dedicated to New Perspectives against Radicalisation - Preventing Radicalisation and Promoting Democracy through International Exchange.

Тhe expert exchange is coordinated by INJUVE (Spanish Institute of Youth), IJAB (International Youth Service of the Federal Republic of Germany) and Club Culturel Ali Belhouane – Tunis, and supported by Demokratie leben, and takes place between 24th and 28th June 2019.

FUNDEA, part of ARMOUR’s team, represents the project and brings the attention to a short session on “Towards a global approach to religious and political fundamentalism”. The presentation focuses on how we can explain the strong resurgence of religious identity, how we’re going to deal with this phenomenon, and whether we could turn a group of young people who are target for terrorist influence into positive force against it. 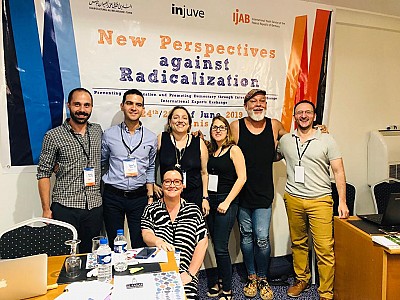 More about the FUNDEA (Spain)

The Euro-Arab Foundation for Higher Studies (FUNDEA) is a highly specialized institution that works within the fields of cooperation, training and research. It aims to create a space for dialogue between Arab countries and those of the European Union. Created in 1995 in Granada thanks to the European Parliament agreement adopted in 1984 to create a Euro-Arab University, FUNDEA is ruled by a joint Board of Trustees, chaired by the Spanish Ministry of Science, Innovation and Universities, and further composed of the University of Granada and the regional government of Andalucía (Junta de Andalucía). 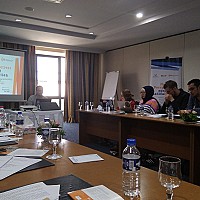